What is Mage-OS? | A Quick Rundown

The acquisition of open source software is always taken with a grain of salt. The communities and users do not appreciate it.

The open source software is developed by the communities, and communities feel betrayed when the private organization takes over. Organizations provide the private version of the OS software, and hence have a conflict of interest with the OS version. So, intentionally or not, they tend to mess up the OS software, alienating the community and taking away the user base.

People didn’t like it when Oracle acquired MySQL. The community made the fork of MySQL – MariaDB. In the beginning, both the products were same, but they took the different route from there as the team managing them were different.

Same is happening with Magento. Adobe acquired it, and the community is not sure about the future of Magento under Adobe. So several responsible members take it in their hands to find the solution.

Lets’ see, what is Mage-OS.

Mage-OS is an open initiative to ensure the accessibility, longevity, and success of the Magento® platform and ecosystem. The Mage-OS Distribution is a backwards compatible, lightweight version of Magento Open Source packages.

This includes changes and new features compared to Magento, as contributed by volunteers like you. The team aims to keep the Mage-OS compatible with all existing Magento 2 extensions and integrations as much as possible. Some packages will contain changes, and some will be entirely new. Mage-OS is incorporated in Poland, but is represented worldwide.

The Mage-OS Association is a non-profit association formed by people within the Magento community to represent and further the interests of that community as a whole: Merchants, developers, agencies, and all of the many people supporting and supported by this ecosystem.

The ideas behind Mage-OS were first shared in an open letter about the future of Magento. That letter prompted discussions and action across the community. The letter was signed by 1,641 people that use, develop, or otherwise depend on Magento for a living. Mage-OS brings the ideas of that letter to life.

The primary reason were:

The Mgae-OS tends to solve all of this.

This article contains the snippet and inspiration from the listed below articles. If you want to read more about Mage-OS, you can read more information here:

Is it the right direction?

Community creating a fork of acquired software is not something new. But to maintain it and keep up the quality is a challenging job. The team and people working on it are good and known name of the Magento ecosystem. We believe this is the right direction for Magento.

Breeze supports the Mage-OS initiative. And we will be following the development closely. Once a reliable and stable version is released, we will add the Mage-OS to our product. Zeeshan Jamal, product manager of Breeze Cloud Platform has discussed this extensively in the tech-meeting.

If you have any questions and doubts, you can leave them in the comment section. 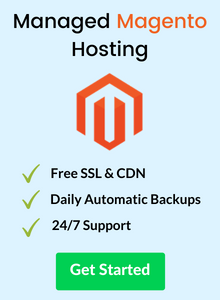 How to Configure Pagination Controls in Magento 2?

Receive the coupon as soon as you
submit the email address. 🚀 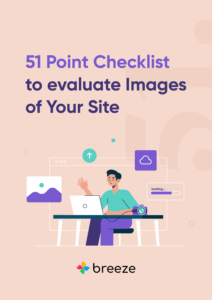 Rank your Product Images on Google